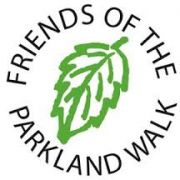 On Sunday 5th of March the Parkland Walk “Big Clean” was being held at Oxford Road. ‘It is such a spectacular event this was definitely the best way to show people that they could keep the place clean if they tried’ said a participant.

Previously, there was a Bramble Bash campaign that also involved similar work. Cathy Meesus was one of the participators she said, “We are trying to hold back the onward march of the brambles, which are the thugs of the plant world.”

Simon Olley, creator of the Parkland Big Clean said, “We were delighted with the turnout from the community, who were in turn impressed to see they were part of a considered and well co-ordinated event. This kind of collaboration has been a rewarding experience for all involved."

The Cllr, John Bevan said “The results of this operation are simply outstanding and I’d like to congratulate all of our many friends, volunteers and staff for their tremendous partnership efforts.

“I’m delighted that through working together, we are ensuring our local areas are being kept clean and safe for everyone to enjoy and be proud of what Haringey has to offer.”