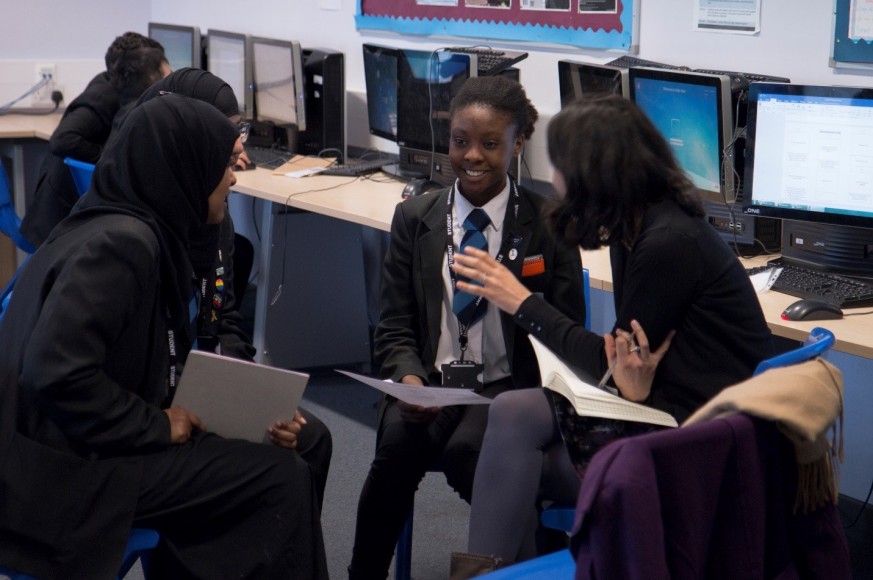 Recently the school was introduced to a feminism campaign to raise awareness of the issues around gender inequality. The main organiser Mrs. Brown decided to raise awareness amongst Park View students with her inspirational assembly “I’m a feminist.” The assembly highlighted the importance of feminism in our school community, how we as young people can promote the feminist movement through campaigns and social media and how we can defeat its misconceptions. It also recognised how feminism doesn’t only affect women, but men too.

We interviewed Mrs. Brown to hear her objectives of starting this campaign:

Interviewer: What inspired you to be a feminist?

Mrs. Brown: I kept seeing and hearing things I didn’t think were okay and then I realised there was gender inequality around our community. So, I decided to do something about it. Which lead to the inspirational assembly on feminism.

We also interviewed a fellow year 7 student, to get an idea how the assembly impacted on them and what they learnt from it.

Interviewer: What do you think feminism means after watching the assembly?

Year 7: “I think it means if you are a man you should still be treated the same way as a woman”.

Interviewer: Without inequality do you think we will still need feminism?

Year 7: Yeah because the men will still be rude to the women.

This shows that speaking out about a topical issue such as feminism can educate and influence the younger students in our school, to spread the message and teach our peers about what feminism means, as well as why it is significant.

What do you think feminism means after watching the assembly? Here is what Mrs. Black thinks about feminism:

In order to further endorse the feminism campaign, our reporting team have had a fantastic opportunity to collaborate with professional journalists from BBC London to advocate their BBC School Report on feminism. With two individuals from the reporting team, Raqiya and Sunzida, we discussed their experience of getting an essence of working in journalism and how this has benefited the feminism campaign across Park View.

Raqiya: As a person who’s new to this field of journalism, this opportunity has given me a clear understanding of the ups and downs whilst working on this campaign. Also, being able to add my input into practice had helped me to build my confidence and developed me as a person.

Sunzida: I agree; I think collaborating with a professional team of reporters really put it into perspective how demanding of a field journalism can be. However, it was an incredible experience and by doing this, I’m sure we’re not just promoting the feminist campaign across Park View but also on a much wider scale across London.

We also asked Sunzida, who wrote and delivered a speech on the importance of feminism regarding men in the ‘I’m a feminist’ assembly, why she chose to address that particular aspect.

Sunzida: One of the main reasons I chose to discuss why men are so crucial to the feminist encouragement is because it is something that is very rarely addressed. A lot of men and boys often disregard the idea because gender inequality faced by women and girls may not affect them directly. But I think, what we as a community need to realise is that you don’t necessarily have to be a victim of oppression to be impacted by the effects of it. Also, there are plenty of things that men are ridiculed for that are considered to be ‘feminine’, such as being openly emotional or being afraid. The main message I wanted to advocate was that men can be feminists too, because gender inequality isn’t only something that concerns women.

The feminist campaign has helped Park View in addressing this ongoing but overlooked issue of gender inequality and has also helped improve our journalistic skills. Working with the BBC has encouraged the movement in Park View to be widespread across London to express that feminism strives for the equality of the sexes, not war.

Check out Sunzida’s speech on our YouTube channel: Feminsim speech 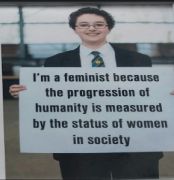 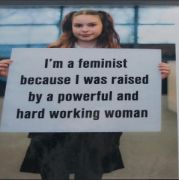 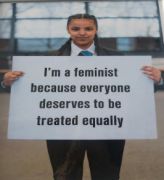